We recently completed an interesting CCTV survey of a large surface water pipe under the Eithad Stadium. This was one of the deepest manholes Drain Alert have completed at 22m depth with 2 landings. 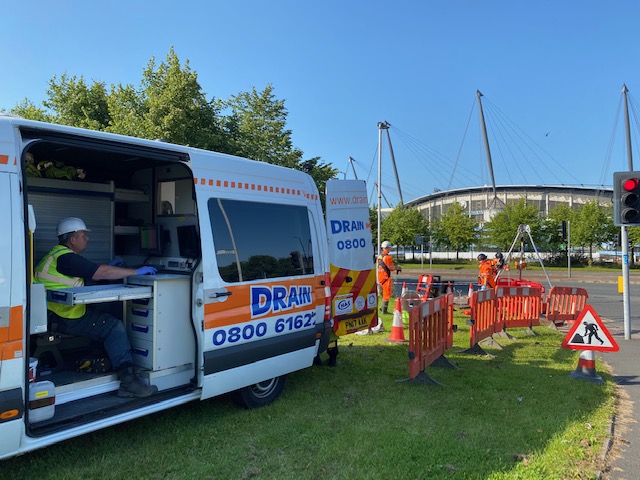 Sportcity was developed on previously derelict land for the 2002 Commonwealth Games and the Etihad Stadium is home to Manchester City Football Club. The site also features the National Squash Centre, the 6,500 seat Manchester Regional Arena, English Institute of Sport, Manchester Velodrome and the Tennis Centre.

We mobilised an 8 man team which included rescue capability, to ensure the teams safety we had to install anchor points to the chamber wall. 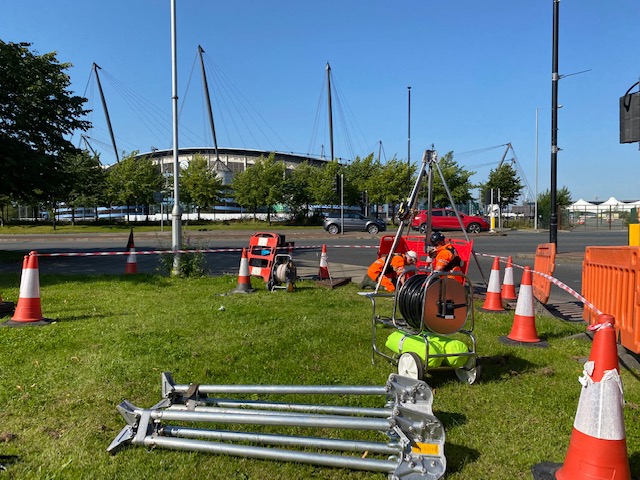