In the autumn of 2017 Drain Alert purchased and fitted out a new Mercedes sprinter van. Built within this van is a complete cctv drainage system capable of surveying pipework ranging from 100mm to 2m in diameter. This vehicle has been designed to be both more functional and environmentally friendly. Prior to the purchase of this van we had run on a 2005 Mercedes Sprinter 413 CDI. This vehicle was a 4.5 ton van some 6.5 metres in length, running on a large six-cylinder diesel engine, that produced on average 275g of co2 per kilometre. A vehicle such as that, would not meet the criteria to enter the Central London emissions zone. 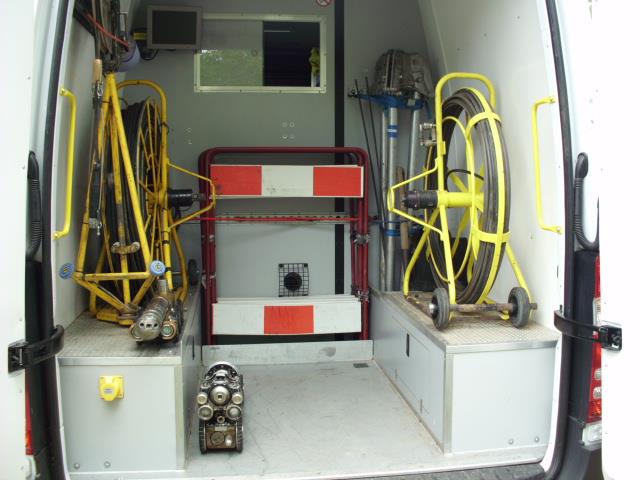 Rear of van with CCTV camera and cables.

The CCTV equipment and tools within this older van ran off a marine diesel generator. So, either traveling to, or working on site we would always have a least one engine running. Sometimes for up to 10hrs a day. The new van is fitted with the Mercedes euro 6 diesel engine which produces 218g of co2 per kilometer compared to 275 in the old van. Clean enough now to enter central London. The van is also much shorter in length at 3.36m and the weight is reduced to 3.5 tons. There is no internal generator in this new van, instead a battery invertor unit has been installed. Charged by the vans engine or mains, this gives us over eight hours of silent running time. We are now also emission free whilst working from the vehicle. The silent running also enables us to work without disturbing others around us. The equipment within the van has been installed to be more efficient and easier to use bringing down work time. Examples of this have been proved this year working at Westinghouse Salwick. 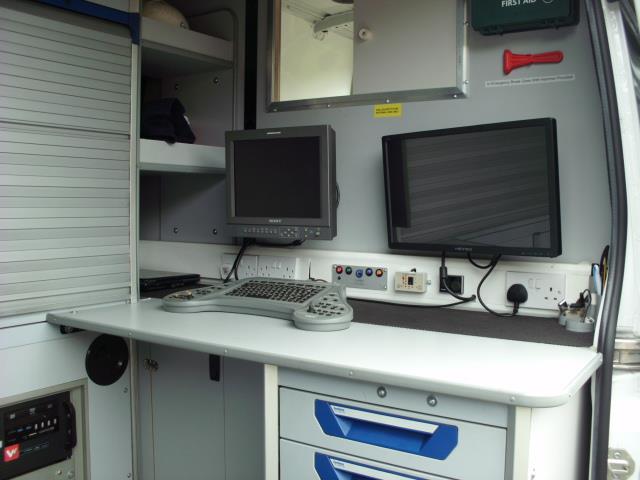 Office space in van with controls and monitors

In 2017 a survey of the on-site trade drains green section took 5 days. In 2018 we completed it in 3. The off-site trade drains in 2017 took 10 days. In 2018 it took 8. The blue on site trade drains in 2015 took 20 days in 2018 they were completed in 15. Because of these time savings we were also able to pass on a 10% discount on original costings to the client. Each survey we carry out has a written report which used to be in paper form and on a compact disc. The latest Wincan VX software has been installed in the new van which enables us to produce live reports as we work. This is then uploaded to a cloud where the client can view via an emailed link. Thus, making the report process now paperless and savings made on postage and compact discs. Another improvement made to the new van is to install an extra passenger seat which complies to legislation for travel, located in the rear of the van. 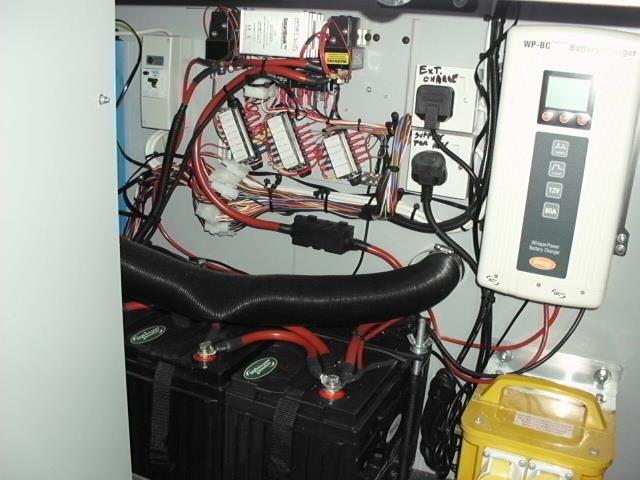 For longer duration jobs, and when we are working in conjunction with our tanker jetting unit, it enables us to leave our tanker unit on site overnight, and all four staff travel to and from site in the one van. Again, this massively reduces our emissions and costs, because the tanker is 26 tons, and only runs at 9 miles to the gallon, so this massively saves on emissions, and is one less vehicle congesting the roads. 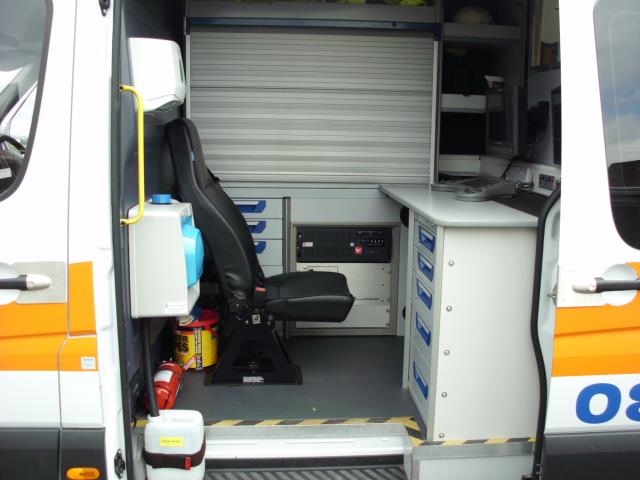 4th seat that is compliant for travel